Kim’s love and appreciation for music began at a very young age. She began learning about music and playing the piano at the age of 6 and continued her lessons through college. She has had nearly 20 years of piano training! She has also had the opportunity to serve as a pianist for four different churches.

She holds a BS degree including a minor in music from Grace College in Winona Lake, Indiana. She has been teaching since 1993. Although Kim teaches several styles of piano, her favorite style to play is classical. She alters her lessons for each of her students depending on their age, level, and interest. Her goals are for her students to play confidently and to have a vast understanding of music theory.

She has accompanied soloists, instrumentalists, kid/teen/adult choirs and praise bands.  Over the last twenty years, she has especially enjoyed playing solos in church and performing in weddings and recitals. 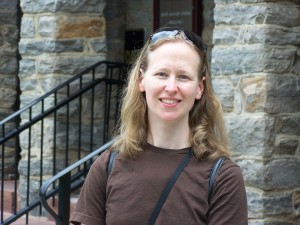 Courtney has been playing the piano for over thirty years. As a piano student, she also had a good share of ensemble experience in high school and college: accompanying choruses, playing with instrumental ensembles in staged musical productions and as a featured concert soloist, and performing chamber music with students and professional guest artists. After earning her B.A. in Music with both musical and academic honors, she concluded her formal education in 2001 with an M.M. in Piano Performance, which also included piano pedagogy classes and two internships in piano pedagogy. Since then, in addition to playing and teaching piano, some of her professional activities have been: teaching school music classes, handbells, and chorus, playing organ, and teaching humanities at the undergraduate level. Further, she appreciates the opportunity to sing in church choirs and to work with others to share the gift of making music in service to the community.

Courtney enjoys teaching piano (beginning, intermediate, and advanced levels) to children and adults. She believes that a solid start on the instrument, including a firm base in music theory, ear training, and technique, and where good habits of playing and practicing are formed from the beginning, is important and ultimately rewarding. Beyond the basics, she works as possible with each student to incorporate to some extent their musical interests in making repertoire selections. Her chief goals for her students, at any skill level, are to help them learn to appreciate and create beautiful music and to enjoy a lifetime of making music at the piano.