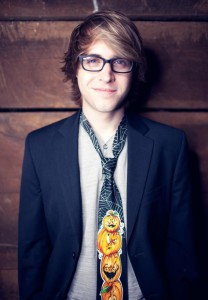 Jon has studied music for the majority of his life.  He sang in church and school choirs starting at the age of four and continued through high school, where he was privileged to be a part of many select choirs, including iterations of All County Choir, All State Choir, and the 2009 Honors Choir.  At the age of 11, Jon was given a drum set by his older brother and began his tutelage under Brad Davis.  He studied with Davis for 6 years, where he had the pleasure of learning a variety of musical styles and percussion techniques.  At 17, Jon had the opportunity to continue his training through master classes taught by world-renowned musicians, Dave Weckl, Steve Smith, Peter Erskine, Tommy Igoe, and Dafnis Prieto.  Currently, Jon is playing  the drums in the band The Rebuilt Machine.  With Jon as their drummer, the band has seen airplay on several radio stations and most recently, the band has worked and recorded with Detroit’s premier recording studio, Metro 37.