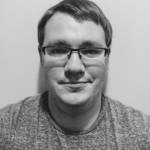 Christopher has played music his whole life, initially learning piano and violin. Around the age of eleven he picked up the guitar, and he hasn’t put it down in the almost fifteen years since then. By seventh grade he was playing with youth group bands, and by high school he was playing lead guitar in local shows with various rock and metal outfits in Memphis, TN. During his senior year of high school, Christopher got the opportunity to play with the stellar STAX Academy Rythm Section, testing his chops on Pop, Soul, and R&B hits while touring the Mid-South. Christopher then studied jazz guitar and music business at the University of Memphis, graduating with a Bachelor of Music in Music Industry. While there he wrote, performed, and recorded with Memphis rock band, Revolution, as well as spending time on stage and in the studio with various acts from reggae, hip hop, and EDM artists to indie, folk, and blues bands. Since graduating, Christopher has taught lessons, run worship music programs, and started a home recording studio. He resides in Manassas, VA with his wife, Ashley, and two kids, Henry and Lizzy.